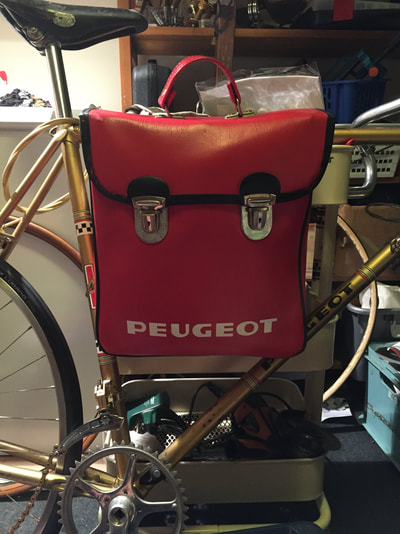 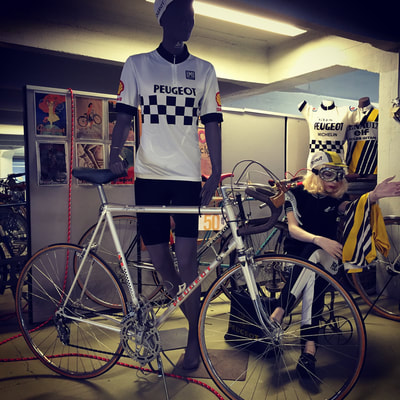 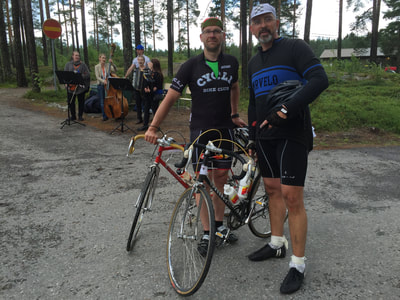 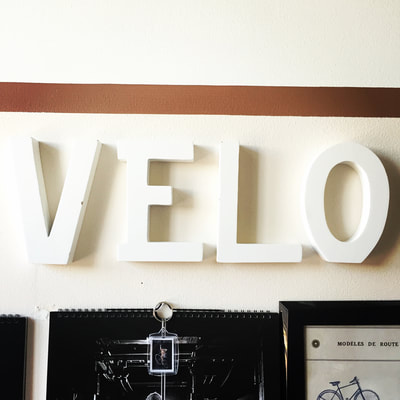 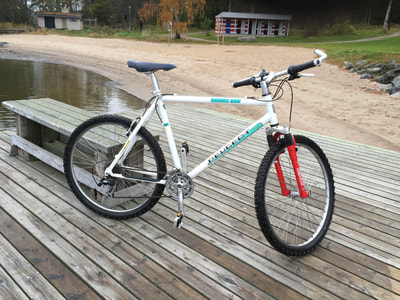 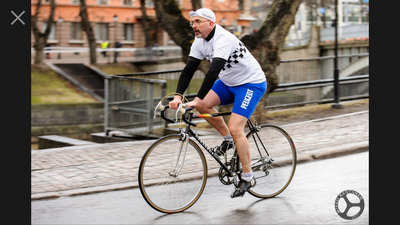 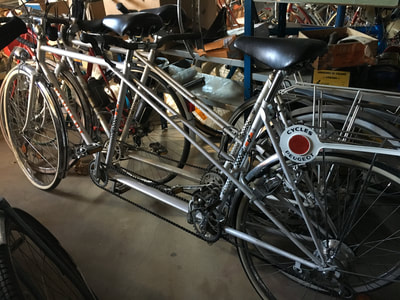 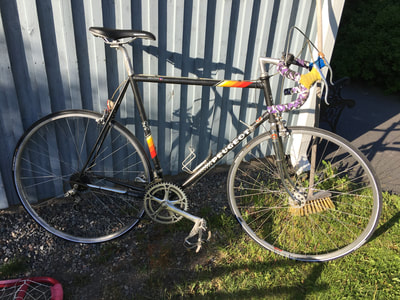 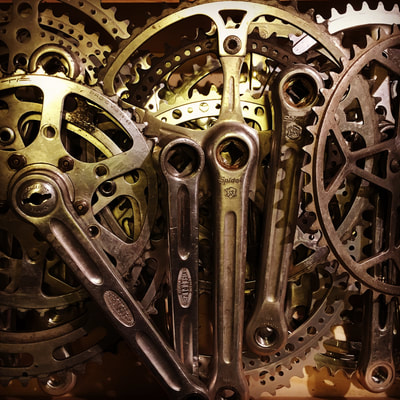 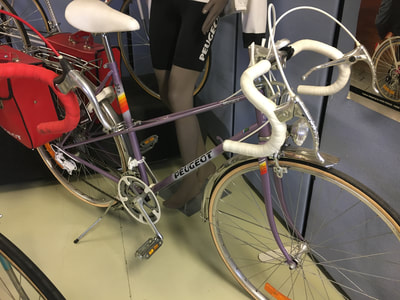 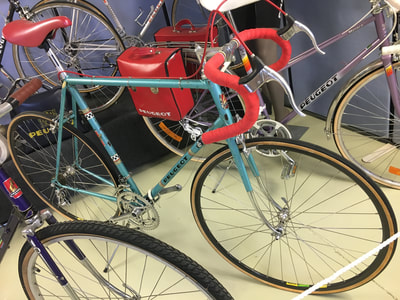 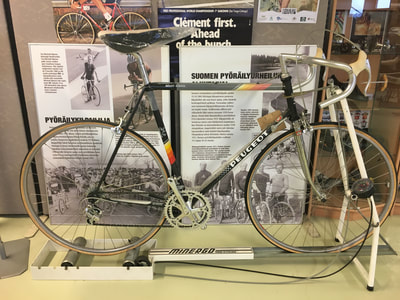 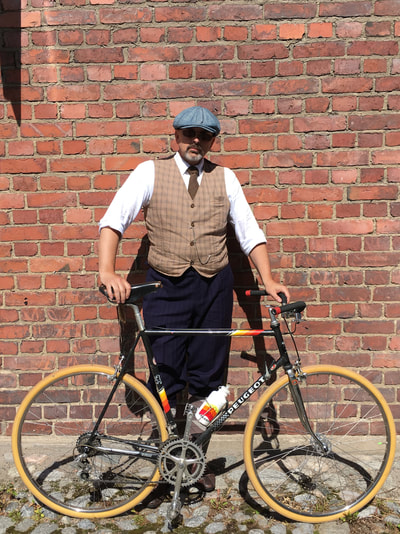 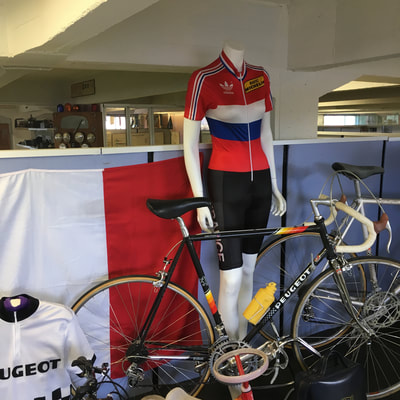 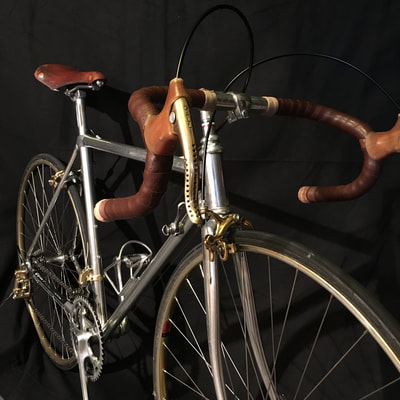 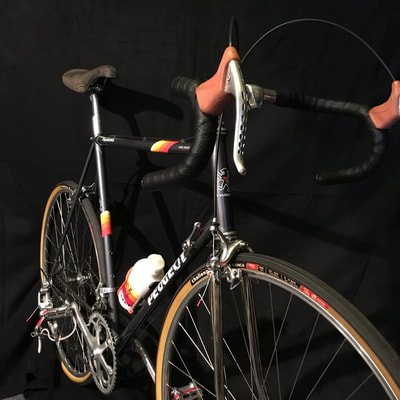 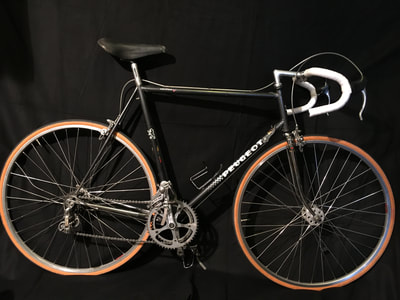 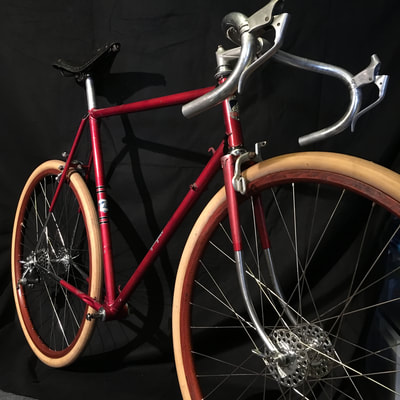 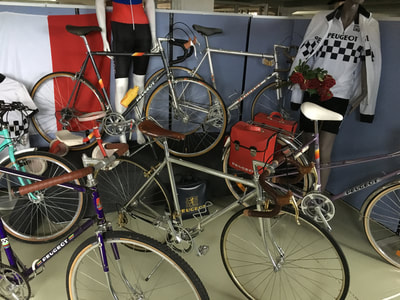 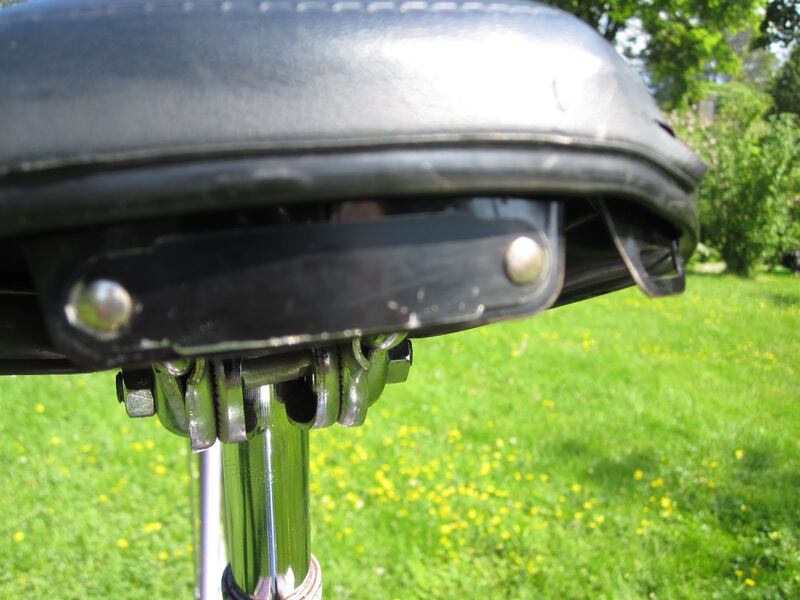 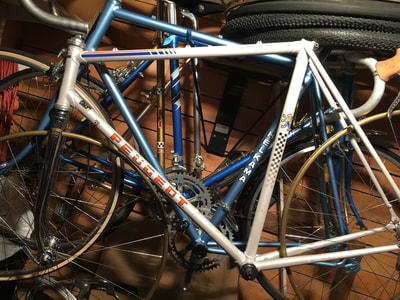 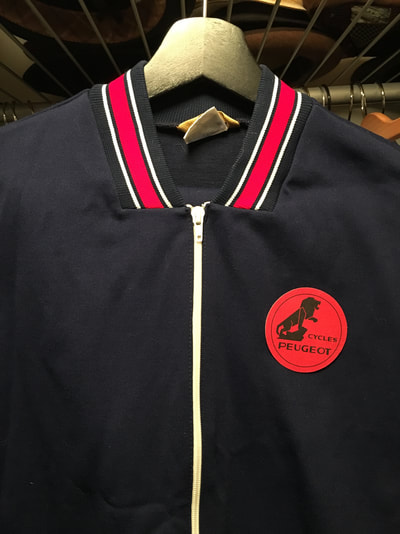 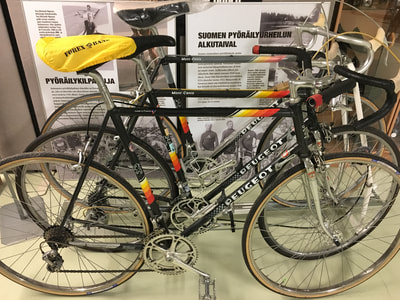 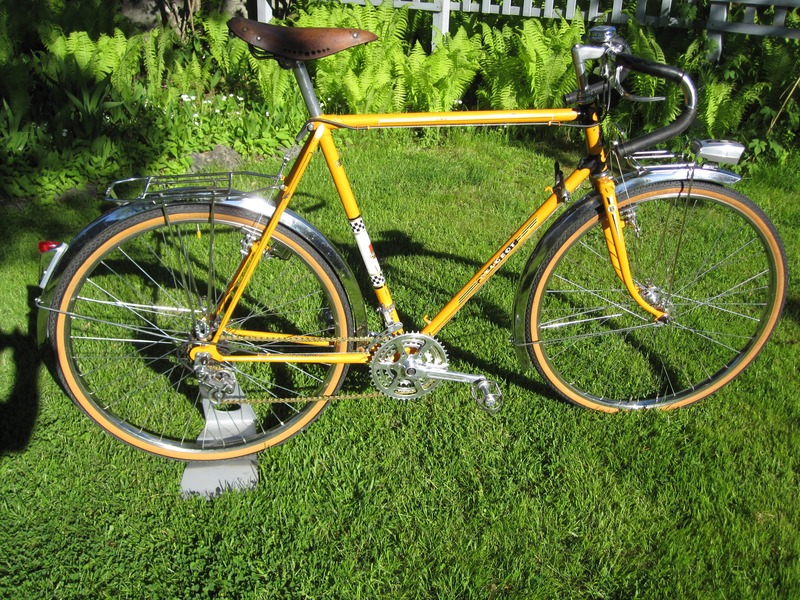 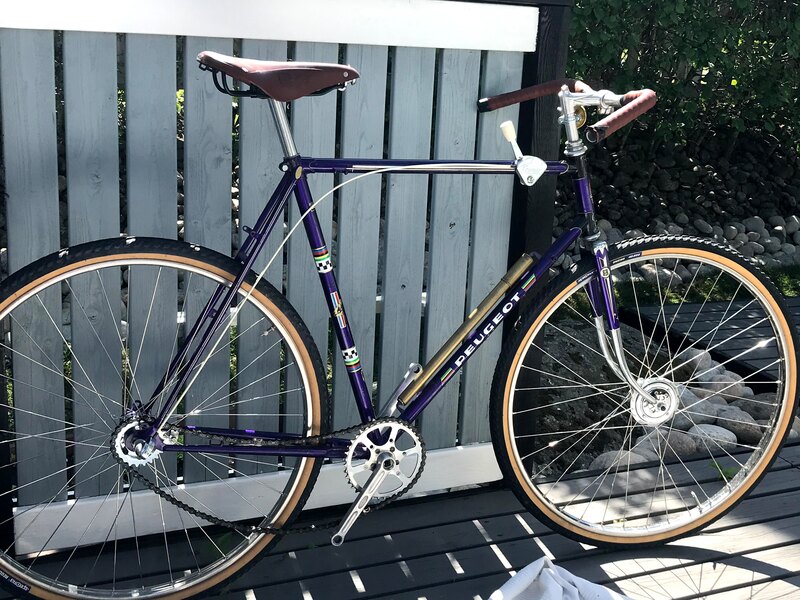 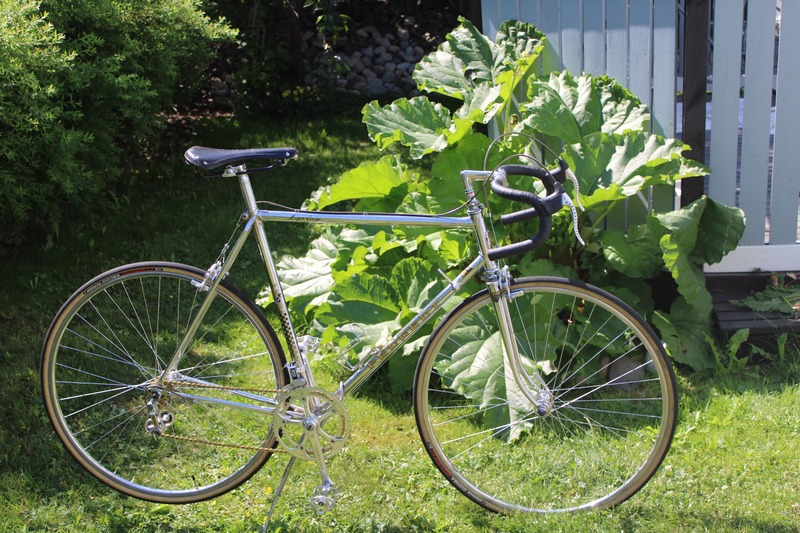 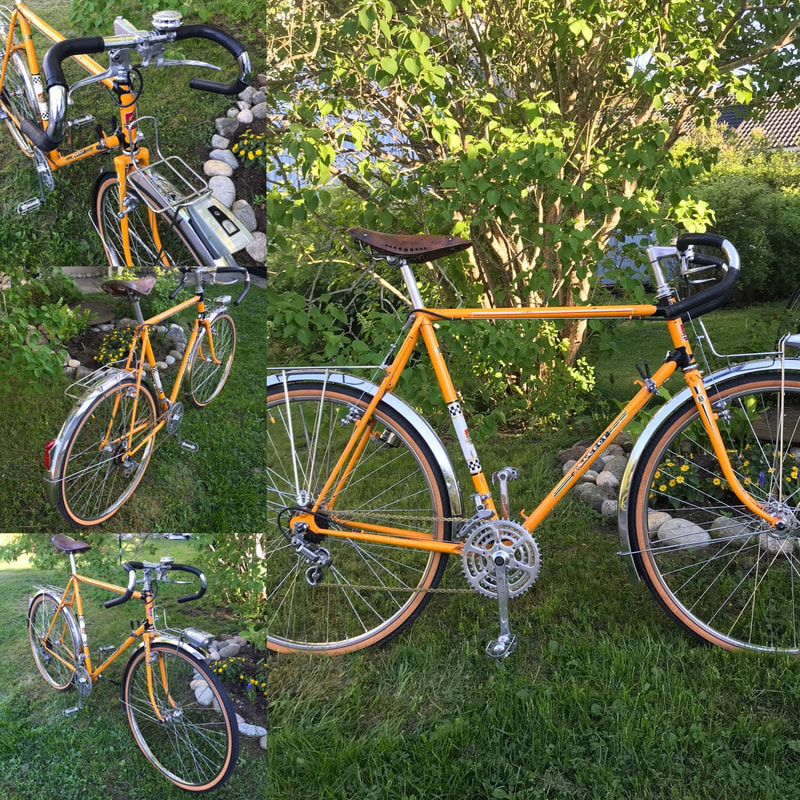 This information is copied directly form Peugeots website and only covers the bicycle Peugeot's first success was with its" Grand Bi", which appeared in 1882. This ancestor of the modern bicycle was a strange and impractical contraption. It was rigged up with two unequal wheels, and the pedal assembly was fixed directly onto the huge front wheel. Four years later, Armand Peugeot launched the manufacture of the first true bicycle, with equal-sized wheels and chain-control gear system, from the Beaulieu factory.

Models were presented under the "Lion" brand at the Universal Exhibition in 1889, and a shop was opened in Paris at 32, avenue de la Grande-Armée. People were witnessing the appearance of a range of bicycles for the whole family - men, women and children. Even for clergymen.

It was with the "Petite Reine" that the Peugeot name first became popular on every road across France. At the start of the 1890s, the Peugeot catalogue contained no fewer than 32 pages and, in spite of the strong competition from British bicycles that were very popular in France, nearly 10,000 machines were produced by Peugeot each year. This growth was helped by Edouard Michelin's 1891 invention of the inflatable tyre fixed to the rim, and easily removed in the event of a puncture.

Many competitions were born in this era, in response to the huge, popular craze. One - the Tour de France, which was first organised in 1903 - was to become the nation's greatest competition.

The increase in the Peugeot range grew: tandems, tricycles, quadricycles and quinticycles. Even a folding bicycle was
produced, and was bought by the French army. Before the First World War, 80,000 bicycles were being produced each
year by Peugeot workshops. During the conflict, Peugeot supplied 63,000  bicycles to the war effort.

In 1926 the bicycle business became legally autonomous, with the constitution of a separate company from the automobile division: the Nouvelle Société des Cycles Peugeot. It grouped together all two-wheeled vehicles, whether or not they had engines. The bicycle business flourished for a long time. At its peak, in 1930, 162,000 bicycles were produced.

Half a century later, everything had greatly changed. The 1980s proved a difficult time, when Peugeot cycles and
motorcycles suffered stiff competition from Asia. The bicycle and motorcycle businesses were separated in 1987, the year of the merger of Cycles Peugeot with AOP (Acier et Outillage Peugeot), the steel and tools division, to constitute ECIA (Equipements et Composants pour l’Industrie Automobile), the vehicle components division.

Bicycles were then relinquished to Cycleurope, a conglomerate that grouped together several European brands and
already owned the French company, Gitane. In the same way as for the other group divisions, the products were still sold under the Peugeot brand.

Fortunately, at the end of the 1990s the bicycle business was relaunched, which put an end to the brief rule of Cycleurope. This historically significant product for Peugeot was helped by the bicycle's return to popularity in a strongly developing market. Four ranges are offered today, via the Peugeot Automobiles network:  Off-road, Hybrid, Road and Junior.

Prior to 1979 it is NOT possible to identify a Peugeots year of production from its serial number.  Regardless of what you've read and where you've read it it's simply NOT possible!!!  The number of digits may indicate the decade of production with 5 digits representing a 50's model, 6 for a 60's model and 7 for a 70's model but this has been proven to be false many times!!!.   Peugeot changed decal schemes very frequently, changes in decals, along with component changes, make it easy to narrow down a models year of production to within 2 or 3 years without a serial number.  For bikes produced prior to 1979 decal schemes and component date codes are the preferred methods of narrowing down a production year. For bikes produced in the 50's, 60's and early seventies its more difficult to date them because Peugeot didn't change decals or components often. Some models were identical in every way for a period of several years.  For those models it takes not only the serial number but a keen memory if you were the original owner or knew
the owner.

Some time around 1978-79 Peugeot labeled bikes with a small paper sticker.  This sticker has the alphanumeric model, size, possibly a color code and a model specific serial number.  I say model specific because these models also have a frame specific number.  A frame specific number would have the following format:  Y012 12345678.
At the time of this writing its not known what these numbers mean.  Y012 may be the date code with '0' being the year and '12' being the month the frame was built, not the bike.  '012' may also be '0' for the year with the second and third dgits being a frame material code.  There are many frames with YX03 stickers and YX01 stickers which may be for Carbolite 103 tubing and Reynolds 501 respectively.  Although no definitive documentation has been und/provided more than like;

The following numbers are from a 1985 P18 mixte,  As you can see there's a paper sticker and a stamped
number.  As noted earlier the stamped serial number is 8 digits.  The sticker breaks down as